As you may recall from a blog post before last year’s Dinner with an Author gala, the RAR-MA mission greatly resonates with both Marianne Leone and Christopher Castellani – both of whom are first-generation Italian-Americans. In an essay for the Oprah Magazine, Castellani also tells the touching story of how his mother discovered a love of reading much later in life.

Their discussion on LIVE! with an Author on June 16, 2020 further reinforced their support of our mission and the unlimited power of books.

“It was such a joy to speak with my friend and paesana Marianne, of whose powerfully moving work I have been a fan for years. Our conversation brought me back to my own childhood, when, encouraged by my illiterate immigrant parents, who saw reading as a path to a better life, I fell in love with books and first dreamed of writing my own. I am thrilled to be a part of an organization that, every single day, puts kids on a similar path, and thereby makes a better world for us all.”

Have you and Chris collaborated on a project or considering collaborating on one in the future?

Chris and I have been in the same films together, but have not acted together since before we were married! We were both (and our son, Jesse!) in John Sayles’ City of Hope (1991). We were both in David O. Russell’s film, JOY, but David cut Chris’ part! (I played DeNiro’s ex-girlfriend, who “returns” him because “he’s damaged.”) BUT, just recently we were contacted by Celine Rattray, a producer (The Kids are All Right, Novitiate, NY I Love You) with an interesting proposal: would I write a five-ten minute scene and they would send us the equipment and we would film ourselves, with the help of sound people and camera people who would be on call for us if we had any questions. It’s called THE ISOLATION PROJECT, and we did this two weeks ago. We had to shoot and finish in three days, because the equipment was then going on to Rebecca Hall (The Town) and her husband Morgan Spector (The Plot Against America). We had fun, though it was scary at times, like the night I thought I had left the sound off ALL NIGHT WHILE WE WERE SHOOTING!). Our rescue dog, Frenchy, even had a supporting role, and so did the neighborhood wild turkeys! Don’t know when it will be ready (still shooting) but I am sure it will be streaming on Netflix.

Where are most of your creative efforts focused right now?

Right now, I am getting ready (with my husband Chris) to record some of the stories I have written that are in a new novel in connected stories called CHRISTINA THE ASTONISHING. Some of the stories have been published—one has been nominated for a Pushcart Prize—and some are available on my website, www.marianneleonecooper.com. We will send to our acting agent and he will shop it for a possible podcast. I have performed two of these stories at Earfull, a wonderful venue in Watertown at the arsenal that allows people to sit at tables and drink and hear rock bands alternating with writers. I am also in the middle of a memoir about adopting our rescue dogs, Lucky and Frenchy, but have been stalled on that since Lucky died at the end of January. I will return to it, though. Also, a screenplay I wrote about my mentor, Mary Somoza, and her struggle to include her twin daughters who have cerebral palsy, has interest from a director who won Best Picture not long ago, so I have high hopes that it will get made. Fingers crossed.

I know Jesse was inspired by your essay. How long did it take to write after that? Did Ma Speaks Up come to you quickly or was it a process over time?

The Jesse book took about two years to write. The book about my mother took about the same amount of time. In the middle I was still acting some jobs and writing essays. I also wrote Christina the Astonishing, a fictional coming of age that my agent will go out with soon. I hope this answers the question. Believe me, I had doubts writing each and every one of these! But I have very generous and encouraging writer friends here in the Boston area and I am very grateful to them!

Don’t forget to tune in every Tuesday night at 6 PM EST for the remainder of our LIVE! with an Author series! If you haven’t registered do so here. Please note that once you register, you will receive emails from info@extendedsession.com on how to join the event. Check your Promotions or Updates folders if you do not see the communication. 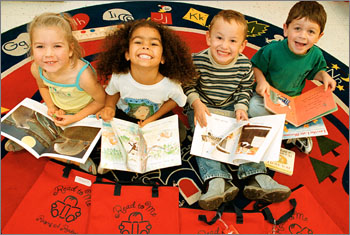